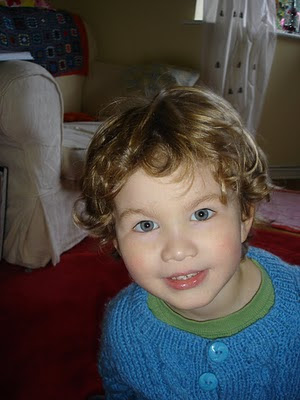 Head over to St Gregory's Social Club in Lydiate between 10am and 2pm today (30th October) for coffee, tea, cake, chat, raffle and gifts. Pat and Brenda are on hand to pour tea and guide you in the direction of some tasty confectionery!
All proceeds for Raffy's trip to the Autism Treatment Centre in Massachusetts USA next June! I hope you can support us.

Here further south it's just Raffy and his Mum this weekend. It's been lovely so far. Raffy has been chatting more. He actually said, 'Mummy, can I have hummus on my toast?' yesterday morning! This is such a complex sentence for him and calling me Mummy directly is a first!
There's plenty more to come from Raffy.
Posted by Raffy's Trust at 09:02 No comments:

It's been ages since I updated Raffy's page, many apologies but it's been a busy time. We finally decided to change Raffy's diet and put him on GFCF (Gluten Free Casein Free).
This is a really common thing that parents do with their autistic kids. ASC children tend to suffer with stomach problems - the idea is that the proteins in gluten and casein don't break down properly and can 'leak' out of the gut wall in the form of peptides. These then circulate round the body causing the same sort of effect as morphine on a heroin addict. We've never seen serious stomach problems with Raffy so apart from a few months on dairy and wheat free about a year ago (we saw nutritionist who said we were damaging him... that didn't help) we haven't seriously considered it. However I've been reading more and more about the possible positive effects and I finally persuaded Brian we should try it.

Two days in and Raffy was looking awful, dark black rings under his eyes and terrible redness on his face. However he was sleeping earlier and for about an hour extra. His diet was actually a lot healthier after eradicating gluten, casein, soya - we are making him smoothies with strawberries, bananas, blueberries, flax oil, hemp milk (new one on me - expensive though). He is eating less junk, more hummous, GF toast, sugar free jam... still not a very expansive diet but better. Then he had a forbidden cake on the 4th day. We didn't think it would make any difference really... wow! It did, he was hysterical at bedtime, laughing at nothing, rolling around on the floor until 2am... then awake again just after 5am.. a whole day of totally ga-ga behaviour. Like an addict.

The other positives (apart from improved bedtime) started to show after that - he is definitely chatting more and is slightly more focussed. We are officially amazed and pleased!

I'm not sure when I will be able to post any more pictures as I have become so brilliant at hiding stuff from Raffy that I can't find the charger for my camera! So it's dead and juiceless at the moment... hoping Eden hasn't tidied it away in the bin...

My Mum is having another fab coffee morning this Saturday 30th October at St Gregs Church in Lydiate! Please go and eat cake and raffle for Raffy between 10am and 2pm! xxxxx
Posted by Raffy's Trust at 21:18 No comments: 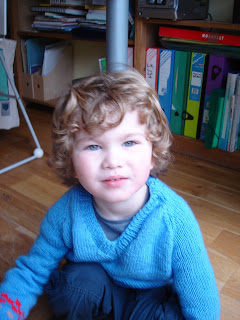 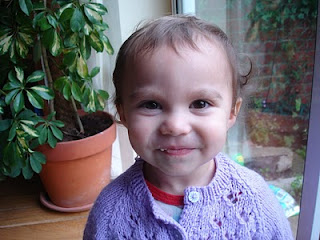 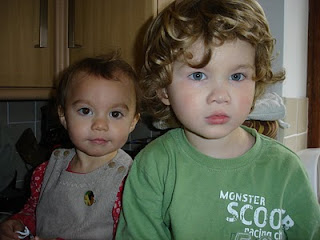 It's been a busy week here. We've been painting up a magnetic blackboard (3 coats... 2 down one to go) in Raffy's room. The smell has been horrendous so there's been minimal playroom time and the poor lad has had to sleep downstairs. That has been the plan. He has illustrated his annoyance with prolonged screaming at bedtimes and alot of pushing and pulling especially of Mum. Anyway he has ended up getting in Mum and Dad's bed which has been lovely. But with Raffy there are always rather strict conditions. No covers allowed on him or anywhere near him... plus little sis has been copying. So there have been 3 nights of very uncomfortable lying awake. Small sister also likes to kick her teeny size 4 feet and is most comfortable when she is horizontal and can slam both her legs down hard on the mattress. It's been very eventful. Especially when Raffy's head got in the way at 3am.

Cathy has raised marvellous £400 plus from 'Running to the Beat' on 26th September.
Thanks Cathy, Nick, Felix, Katie & Lara! xxxxxxxx

Josie has launched her blog - a bid to lose 52lb in 52 weeks to raise money for Raffy's treatment!
Please visit her very entertaining website which launches tonight 10th Oct at midnight!
http://5252sweetpsychosis.wordpress.com/
And comments please! Comments are great for helping with morale!

Hint hint! It's very hard to know if anyone is reading so please think about commenting on this site too! Just so we know there are people who care about Raphael and are interested in his journey.

Lou is back on Wednesday so please look out for a new weigh-in.... Really missed Lou last week she was training. It's the only day we get any help with Raffy!

Thanks everyone xxxxxxxxxxx
Posted by Raffy's Trust at 11:07 No comments:

Raffy does tiger and volunteer news! 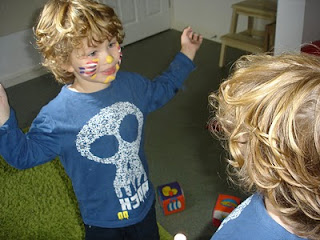 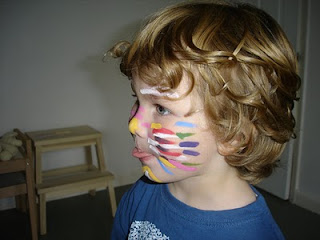 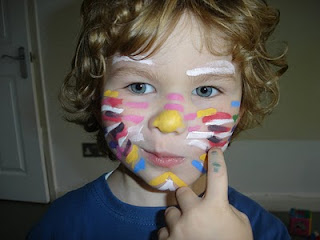 Got a few photos to post up of Raffy! He's loving being a pussycat/lion/tiger these days... Mind you he's more keen on looking in the mirror and experimenting with putting on pretend 'ears' (could be anything from rolls of sticky tape to his toy elephants) than prowling round the room with mum!

We are totally concentrating on the interaction, eye contact, turn taking and general fun in the playroom. It's brilliant that Raffy has started getting interested in writing without any prompting at all! He also knows his numbers up to 100.

Other great news is we have a volunteer starting on Monday... welcome to Liz xxxxxxxx
Posted by Raffy's Trust at 16:29 No comments: