I have had a fear of Raffy having toothache for a long time and Satutday morning seemed to be the day when it finally happened! He spent the whole morning poking at his teeth and gums on the right side with his favourite octopus - Ketchup Octy and various other objects from his box of 'stuff'. Hmmm.

The back story is that Raffy has hardly had his teeth brushed in the last 4 years. He hates and loathes having the toothbrush anywhere near his face and hollers, complains and uses many and varied delaying tactics to stop the inevitable. When he was 4 we stopped brushing his teeth for months as we wanted to help him start to drink and it seemed that the toothbrushing was not helping him relax with the whole oral sensitivity thing.
These days we brush maybe once a week at night time and it varies from Raffy attempting to chew the bristles off the brush and screaming to gritted teeth and low level moaning. He hasn't seen a dentist in eons.

Well there were plenty of opportunities at the weekend for pretty much everything. First off Raffy explained that his teeth hurt at the top right and pointed to a spot in his mouth. He wouldn't let me look but he said it hurt and felt spiky! He also asked me the difference between teeth and gums and what would happen if all he pulled all his teeth out! So great inquisitive communication from Raffy. He also asked me what the tooth fairy looked like and I was surprised he had even heard of a tooth fairy as we've never talked about this with him!
He allowed me to brush his teeth very gently morning and night all through the weekend with lots of explanations about how it would help. He made only a slight fuss and even put his hand on the handle of the toothbrush.

We managed to book him an appointment on the Monday afternoon with the community dentist. By this time he had rubbed his mouth so much that he had a bloody rash that was slightly swollen the right side of his mouth. He continued to eat and drink.

The dentist trip was pretty traumatic all round but we managed to coax him in to the surgery. And finally after around 25 minutes and both his dad and I helping, he had a thorough dental examination.

Amazingly the dentist said his teeth were in good condition with no decay, no sign of any abcess. He is getting his adult teeth at the back and she thinks this is where the discomfort lies. Or possibly and ulcer but she couldn't see one. PHEW!

So the only challenge now is to explain that rubbing his cheek and mouth will only make things worse and that his diet, although limited, is definitely helping his teeth! He is on a gluten free, sugar free diet at the moment.

Yay for Raffy!!! BTW the photos were taken last week! 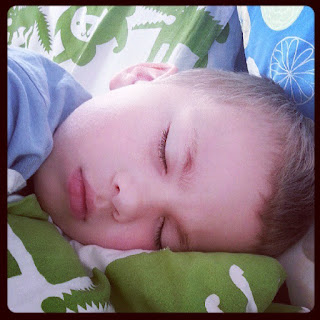 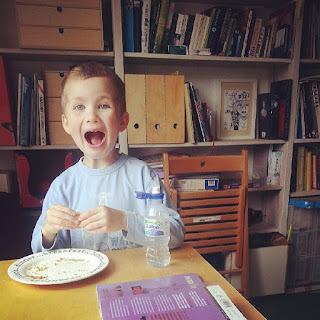 Raffy is now a beautiful 6.5 years old and his parents have been running a Son-Rise Program for almost 3 years. Raffy is talking and full of mischievous fun. He is a bare foot wonder who asked for his first hair cut last week!

He said he wanted all his hair cut off so that he wouldn't need it washed any more! I like his thinking! Life wasn't always like this, however. When his SR program started Raffy didn't drink and would only occasionally tolerate thickened fluid offered on a tiny teaspoon. He was in and out of hospital with dehydration, he would scream for up to 2 hours and was only repeating phrases that he had heard and mostly they had no funtional value. He was echolaic.

Now he is drinking water by himself and he is talking so much! He answers and asks questions. He asks us 'why?' to know about the outside world. He offers us his opinion. He is conversational and tells lots of incredibly fantastical stories. He is a very entertaining companion! He also uses gestures and is very expressive in face and tone.

At age 3.5 his eye contact was an occassional flicker from the corner of his eye. Now he is looking while he talks and referencing two people or more in a conversation.

He plays simple board games with his sister and parents and loves playing hide and seek.

His mum and dad are so grateful for the Son-Rise Program and to all the volunteers who have played with Raffy over the past 2.5 years.

He is still on his journey to develop his social and life skills but he has come such a long way. His parents want to carry on their training and to take Raffy to a 5 day Intensive to continue to help him progress.

Would you like to be a part of Raffy's incredible journey? Please donate any thing you can. 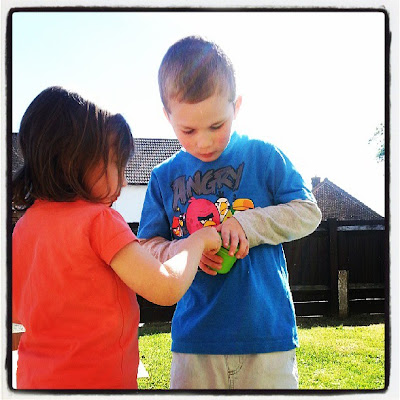 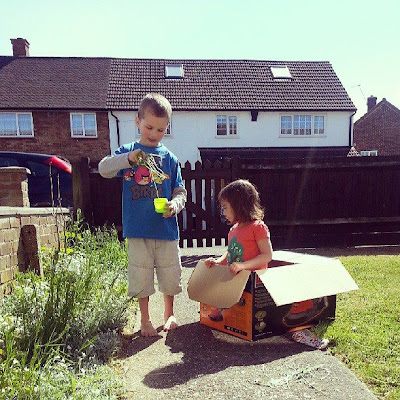